“Check out my new kicks!” Gypsy has a thing for shoes. A Queenslander “through and through”, she loves being near the water, “really wants a dog” and is a Virgo, a quality she describes as “the superior star sign”.

The 18-year-old is now bright eyed, bubbly and up for a chat, but until recently, struggling with depression, anxiety and unable to see a future, Gypsy lived on the streets.

“I couched surfed for about 10 months and then ended up on the streets. I had a bad drinking problem… I eventually ran out of places to stay and literally had nowhere to go,” Gypsy said.

“I never got much sleep on the streets because it was terrifying… at night I would cry because I was just so scared.”

Gypsy was eventually connected with BYS’s Hub Intake and Intervention team, and after being supported with housing and a youth worker, she is now working towards her independence.

“BYS made me feel and believe that there is a future for me I just have to work hard at it,” she said.

“Every single employee I’ve met at BYS are genuine about what they do… If homelessness has taught me one thing, it is seeing the worst and the absolute best in people… you learn a lot. BYS has been an absolute saviour, they are so good to me.

“The biggest change in me since I was connected with BYS is… happiness. I feel mentally and physically healthier, and everything has changed so much. It’s put so much hope in my life.

“I now have a future but when I was on the streets? No. I thought ‘this is going to be me for the rest of my life’.”

Gypsy is making plans to eventually return to university and to find a job. “I think I would have a good life as a social worker,” she said.

“I feel like you would get a lot of fulfilment working with people, so I would love to do that. I would love to finish uni, get my own place, have a nice career, that would be pretty dope… and a dog; I really want a dog.” 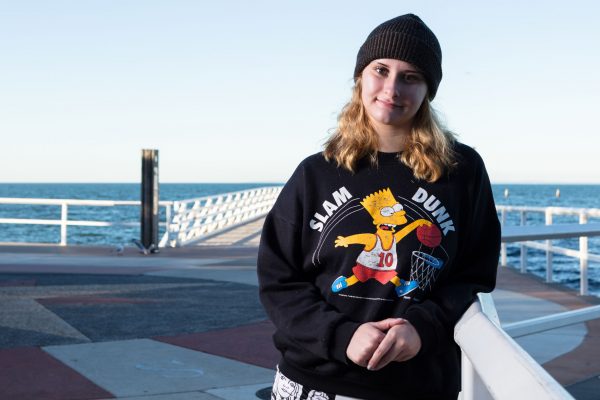 I now have a future but when I was on the streets? No. I thought ‘this is going to be me for the rest of my life’.